Common Ground Alliance (CGA), the stakeholder-driven organization dedicated to protecting underground utility lines, people who dig near them and their communities, today announced its findings and analysis of utility damage and near-miss events in the 2017 Damage Information Reporting Tool (DIRT) Report.

The report, which analyzes all 2017 data submitted anonymously and voluntarily by facility operators, utility locating companies, one call centers, contractors, regulators and others, used a refined statistical modeling process to estimate that 439,000 excavation-related damages to underground facilities occurred in 2017, up 5.5 percent from a revised 2016 estimate.

CGA, in collaboration with its statistical analysis consultant, Green Analytics, applied a new approach to estimating total U.S. damages for 2017, as well as the previous two years. It found that while estimated damages increased year-over-year from 2015 to 2016 and again from 2016 to 2017, when excavation activity is considered, damages have effectively plateaued during this three-year span, as measured by ratios of damages to construction spending and damages to utility locate notifications from one call centers to their member facility operators.

The 2017 DIRT Report includes an analysis of when damages occur, by month and day of the week, for the first time, leading to several findings that can help damage prevention stakeholders best target their public awareness messages. Specifically, the report found the following:

“As the leading source of utility damage data and analysis, CGA is constantly evaluating the statistical models we use to ensure we are producing the best possible report to guide our public awareness, education and training efforts in the damage prevention industry,” said Sarah K. Magruder Lyle, president and CEO of CGA. “The latest DIRT Report shows that our collective challenge to reduce utility damage is increasing as excavation activity increases. CGA stands ready to support all damage prevention stakeholders in addressing this challenge through public awareness campaigns, Best Practices, regional partnerships, promotion of new technologies and offering resources to educate state policymakers on the importance of balanced and effective enforcement laws.”

Once again, CGA has made an interactive DIRT Dashboard accessible to the public through its website, allowing users to view and query the data through the lens of a specific element, e.g., damages by state, root cause analysis, etc. This dashboard features a series of visualizations that allow users to sort information through additional filters, giving damage prevention stakeholders a powerful tool for identifying areas where they can have the biggest positive impact.

“CGA’s Data Reporting and Evaluation Committee took on a significant challenge during the past year as we re-evaluated the way we analyze and report on submitted data,” said Bruce Campbell, Data Committee co-chair from MISS DIG 811, the one call center for Michigan. “DIRT data is one of the best tools available for any damage prevention stakeholder who seeks a better understanding of why damages occur.”

The complete DIRT Annual Report for 2017 is available for download at www.commongroundalliance.com, and stakeholders interested in submitting data to the 2018 report or establishing a Virtual Private Dirt account should visit the DIRT site at www.cga-dirt.com. 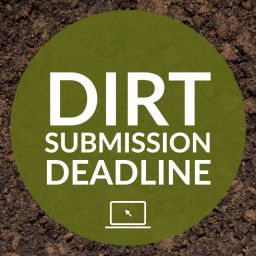 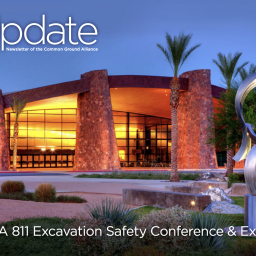 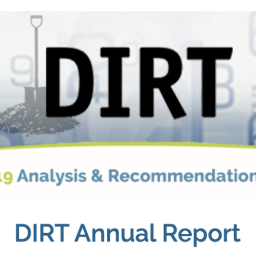